Not at the end of my tether you understand.

Oh no just a pictures’ width.

I have learned to glide and glance.

The question now is

Should I dare to click? Copyright 2020 Christopher Thompson All rights reserved.

email me directly on christopherthompson@pryderi.org

I’m certainly not a science man!

The funny thing is it has been a good while since I voiced this thought for the first time in 1972. Regardless of the intervening years I think my idea of the link between Mathematics and Art is still valid. But why now? I am prompted to revisit the topic by a recent quote that I have heard by the late Mathematician/Physicist Paul Dirac OM. “A physical law must possess mathematical beauty.” — Paul Dirac. Here is a modest, some say awkward, distant, withdrawn even strange genius. A mathematician and later physicist  who gave us his Dirac Equation and joined up relativistic mechanics and quantum mechanics. Emotionally Mathematics has, in a sense, a discernible link to The Arts. Mathematics – Being both teleological and aesthetic, (teleological: everything has a purpose, aesthetic: relating to the enjoyment or study of beauty). Perhaps using the descriptor sense seems strange. However ultimately when Mathematics describes an understanding of nature, (physics), it can deliver a sensual experience. Such is the wonder of science. Although a mathematical equation has no idiom.

I’m certainly not a numbers man!

So it was 1972 or thereabouts, and it is the English Oral element of an examination in English Language. A sort of meeting with just the examiner and me in a drab room, on a drab day during a drab year. Ordinary Level they labelled it. There was nothing ordinary about the process. I was to speak about a subject I had nominated beforehand. It was a test of vocabulary, and not necessarily an examination of the given topic. I  put forward my view that Mathematics was in fact a branch of The Arts. Here I would say that just as the visual/aural arts, painting, sculpture, ceramics, photography, cinema, theatre and music are the result of talented and skilled performers and artists whose works are offered for appreciation, then mathematics could be viewed similarly. There is beauty in the making of and exposure to art. All can be viewed in exactly the same light. Art is driven by the heart, and presents its form in sensual ways and practical ways and unexplainable ways. It is a feature of the Soul and the Cosmos. Arts moments are the true treasure of living. Just as the structure of the natural world touches us, The explanation of nature, the equations of nature touch us in all the days of our life.

The aim of science is to make difficult things understandable in a simpler way; the aim of poetry is to state simple things in an incomprehensible way. The two are incompatible.

Anecdotally, when Oppenheimer was working at Göttingen, Dirac supposedly came to him one day and said: “Oppenheimer, they tell me you are writing poetry. I do not see how a man can work on the frontiers of physics and write poetry at the same time. They are in opposition. In science you want to say something that nobody knew before, in words which everyone can understand. In poetry you are bound to say… something that everybody knows already in words that nobody can understand.”

My research work was based in pictures. I needed to visualise things and projective geometry was often most useful e.g. in figuring out how a particular quantity transforms under Lorentz transf[ormation]. When I came to publish the results I suppressed the projective geometry as the results could be expressed more concisely in analytic form. “Recollections of an Exciting Era,” three lectures given at Varenna, 5 August 1972, quoted in Peter Galison, “The Suppressed Drawing: Paul Dirac’s Hidden Geometry”

A good deal of my research work in physics has consisted in not setting out to solve some particular problems, but simply examining mathematical quantities of a kind that physicists use and trying to get them together in an interesting way regardless of any application that the work may have. It is simply a search for pretty mathematics. It may turn out later that the work does have an application. Then one has had good luck.P.A.M. Dirac, “Pretty Mathematics,” International Journal of Theoretical Physics, Vol. 21, Issue 8–9, August 1982

The Evolution of the Physicist’s Picture of Nature (1963)

It seems that if one is working from the point of view of getting beauty in one’s equations, and if one has really a sound insight, one is on a sure line of progress. If there is not complete agreement between the results of one’s work and experiment, one should not allow oneself to be too discouraged, because the discrepancy may well be due to minor features that are not properly taken into account and that will get cleared up with further development of the theory.

It seems to be one of the fundamental features of nature that fundamental physical laws are described in terms of a mathematical theory of great beauty and power, needing quite a high standard of mathematics for one to understand it. You may wonder: Why is nature constructed along these lines? One can only answer that our present knowledge seems to show that nature is so constructed. We simply have to accept it. One could perhaps describe the situation by saying that God is a mathematician of a very high order, and He used very advanced mathematics in constructing the universe. Our feeble attempts at mathematics enable us to understand a bit of the universe, and as we proceed to develop higher and higher mathematics we can hope to understand the universe better.

Just by studying mathematics we can hope to make a guess at the kind of mathematics that will come into the physics of the future. A good many people are working on the mathematical basis of quantum theory, trying to understand the theory better and to make it more powerful and more beautiful. If someone can hit on the right lines along which to make this development, it may lead to a future advance in which people will first discover the equations and then, after examining them, gradually learn how to apply them. 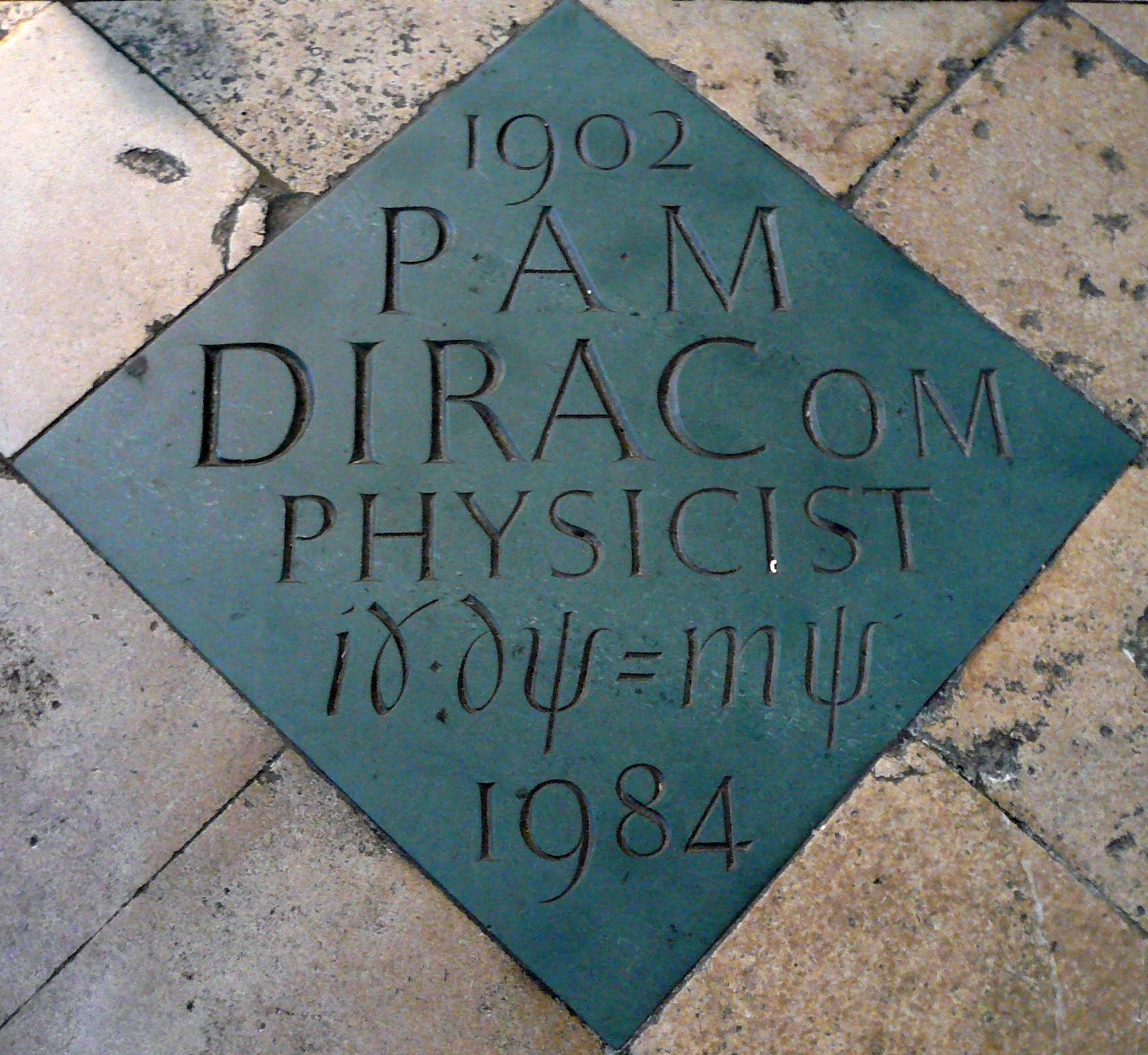 email me directly on christopherthompson@pryderi.org

Reality Is A Nice Place